This web is about the experiences of Captain Vernon Carlisle Brown MC & bar in World War One.  The web has some photographs of memorabilia from that period.  A transcription of a diary kept by Vernon Brown during his 20 month stint in the battle zone of France can be found by clicking  "Diary content" above.

The diary gives a fascinating insight to people under the extreme conditions of trench warfare.  The early entries indicate the tremendous fear of a young man under attack for the first time:

“To attempt to describe one’s sensations is impossible (I had often wondered what one would feel like under fire).  This experience was truly terrifying.” and  “At this stage I counted my pulse rate and found it was doing 180 per minute.  Silence reigned for 20 minutes and the drone of another plane became audible.  In about 1 minute’s time another crash occurred and the whole performance was repeated.  This time I was able to control myself somewhat; able in fact to speculate with my room mate where the next bomb was going to fall.  I cannot say I was not frightened, but I was able to adopt a more fatalistic attitude.”

The acceptance of danger is indicated in a diary entry nearly a year later:

“He (Fritz) persisted in sending salvos of shells over.  On the first occasion he wounded one of our chaps and I had to stop and fix him up.  Then was nearly stopped myself, but all the same I got to the desired destination and enjoyed an excellent meal.  One does not allow a few shells to stop one from getting one's meals.”

Then there are the humorous items:

“The second interesting incident was a visit from a cow. - The worst of the business was the urgent desire of that cow to come and share my little hole with me.  I am not a very particular individual, but I certainly object to the company of such an animal in such a limited post.  This cow was particularly obstinate and it took us fully half an hour to persuade it to depart.”

“The formality of receiving stores and medical material from outgoing MO did not take long.  The last item was rather interesting and amusing.  In bold English it was described as 'One cat (good ratter)'.  One might quarrel with this item being classed as medical or trench store, but that is merely a technical point.”

The diary gives details of actions and an impression of life in the trenches. It includes some philosophical musing about the nature of war and human interactions.

Vernon Carlisle Brown was born in on 13th January 1893.  He spent his early life in Gippsland and moved with his mother to Armadale in his teenage.  He went to school at Caulfield Grammar and to to study Medicine, receiving his MB BS degrees in December 1915.  The degree was shortened by a year with the deletion of women’s and children’s health issues, thus increasing the supply of medical officers for war duties.  He enlisted in the Australian Army Corps in 1916 and was sent to in December 1916.  After some advanced training in in early 1917 he was posted to the war front in and served there till late 1918.

In 1919 Vernon Brown returned to , where he undertook medical training in obstetrics and children's health, the two areas not previously covered.  While studying at the Children's Hospital he met Dorothy Hallowes, a trained nurse at that hospital, and they married late in 1919 or early 1920.   They moved to Oakleigh, a suburb of in 1921 and was a General Practitioner there till 1960.  He served in the Second World as a Major stationed for some six months in Western and then based on , North of Cape York.   and Dorothy Brown had three children, Philip, Judy and Robert.  developed a large and successful medical practice in Oakleigh and surrounding districts.  His son Philip became a partner in the practice in late 1940's.  They sold the practice in the 1960's.  Vernon died in 1975. 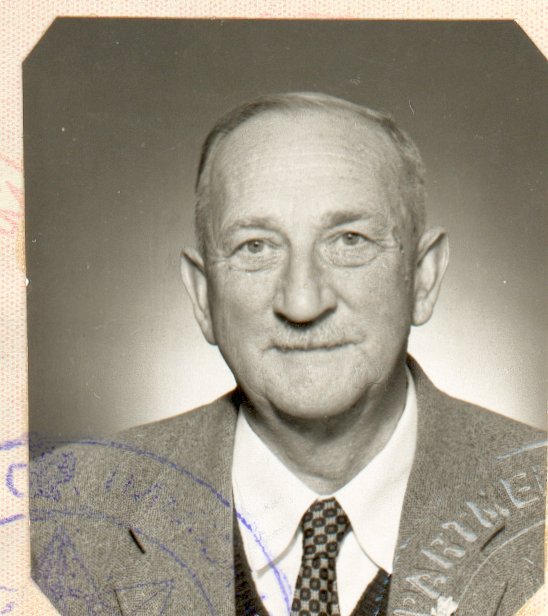